When a consumer is subjected to a voltage difference, an electric current passes through it. The current flowing through the consumer depends on its electrical resistance.

The voltage is expressed in Volt (V) which corresponds to the pressure of a hydraulic circuit.

The intensity is expressed in Ampere (A), it is the flow of “electrons”.

To measure the voltage, a voltmeter will be used which will be installed as a bypass (parallel) on the powered circuit.

To measure the intensity, an ammeter will be used which will be installed in series on the powered circuit.

To measure the resistance, we will use an Ohmmeter that we will install in parallel on a component disconnected from the circuit.

It was in 1827 that the German physicist Georg Ohm published his formula.

Ohm's law relates the intensity of the electric current passing through an electric dipole to the voltage across it.

The voltage across a resistor is proportional to the current flowing through it. The value of resistance R is constant and does not vary when the voltage or current is modified.

U : Voltage in Volt.

I : Intensity in Ampere. 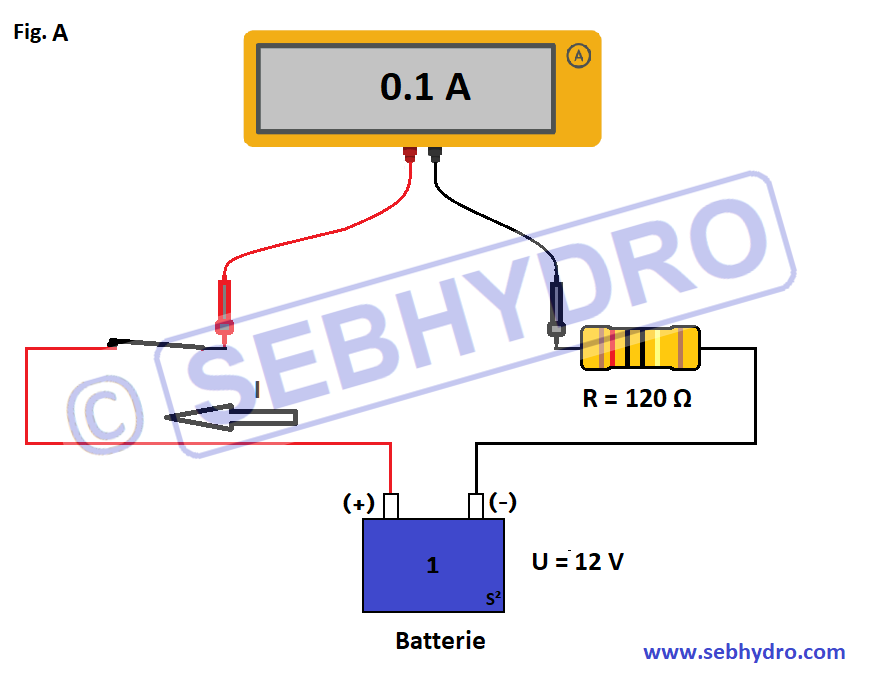 Fig. A, a resistor is subjected to a voltage difference of 12 V. The conventional direction of current is from + to -.

The current through the resistor is:

U : Voltage in Volt.

I : Intensity in Ampere.

We move with a simulation bench, the training sessions alternate theory and practice.

The simulation bench makes it possible to reproduce industrial and mobile assemblies.

This formula is used to calculate the power of an electrical component. Associated with the formula U = R * I, they make it possible to size an electrical circuit.

A customer wants to install a work light on his machine. The power of the headlight is 100 W, the voltage of the battery is 12 V. Calculate the intensity to size the power cable and the fuse.

The customer wants to install a light on his dashboard to indicate that the work light is on. This LED indicator consumes 10 mA at 2 Volts. Calculate the limiting resistor to be installed in series for the LED to work correctly. 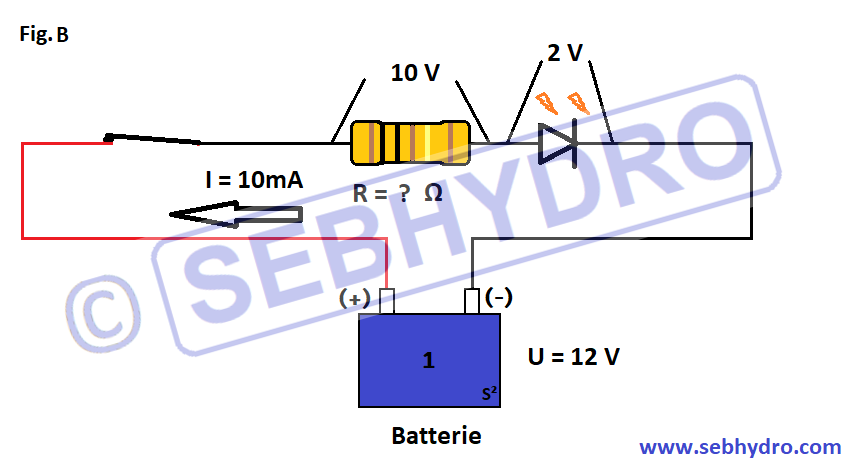 We move with a simulation bench.