How to use an ammeter

Multimeters have an ammeter function. The ammeter allows current measurements to be taken, however it is necessary to disconnect the electrical circuit to install it in series.

By making the analogy with hydraulics, the intensity represents the flow of electrons . To measure this "flow", it is necessary to install a meter in series on the circuit, it is the ammeter.

Depending on the multimeters used, it is necessary to change the location of the test pin. In all cases, the current to be measured must be estimated in order to calibrate the multimeter in the correct position: 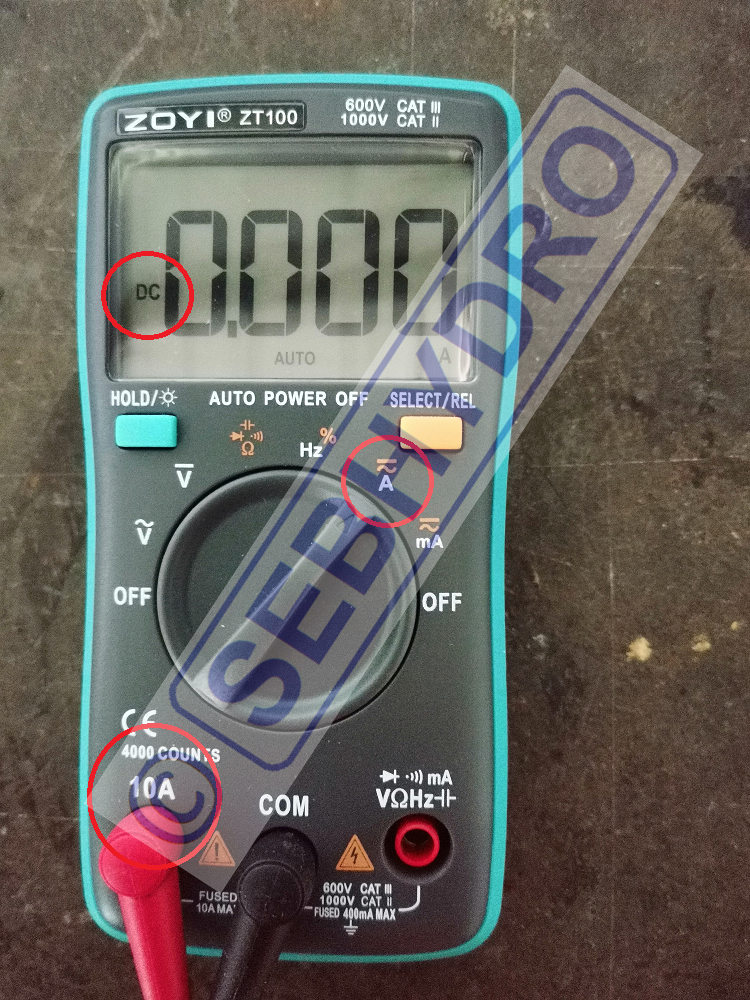 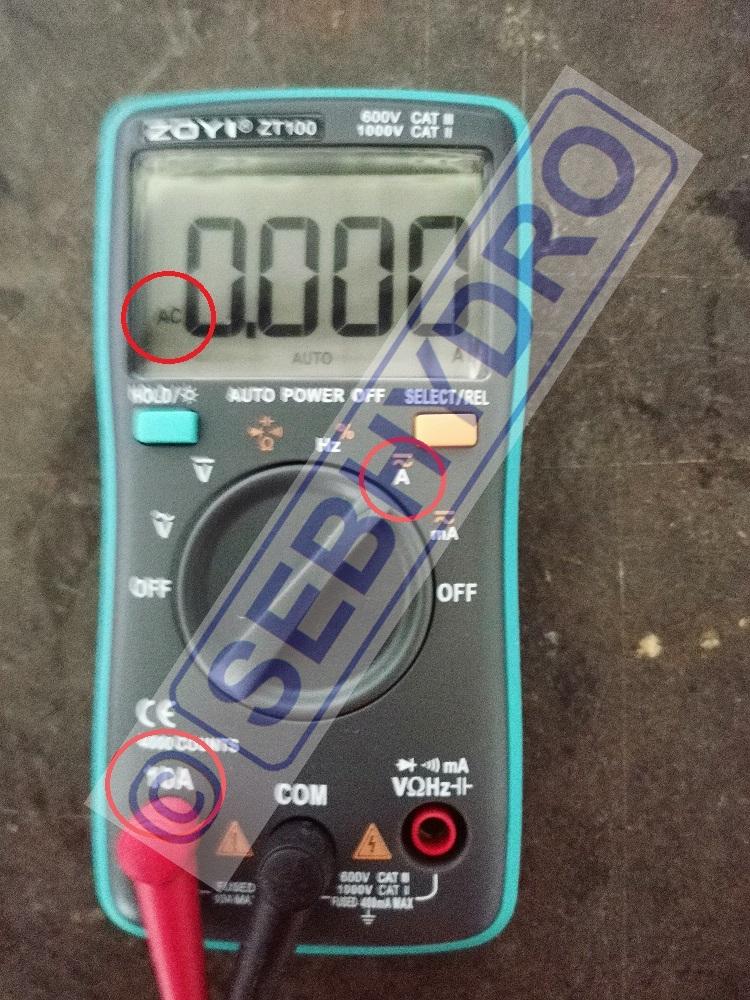 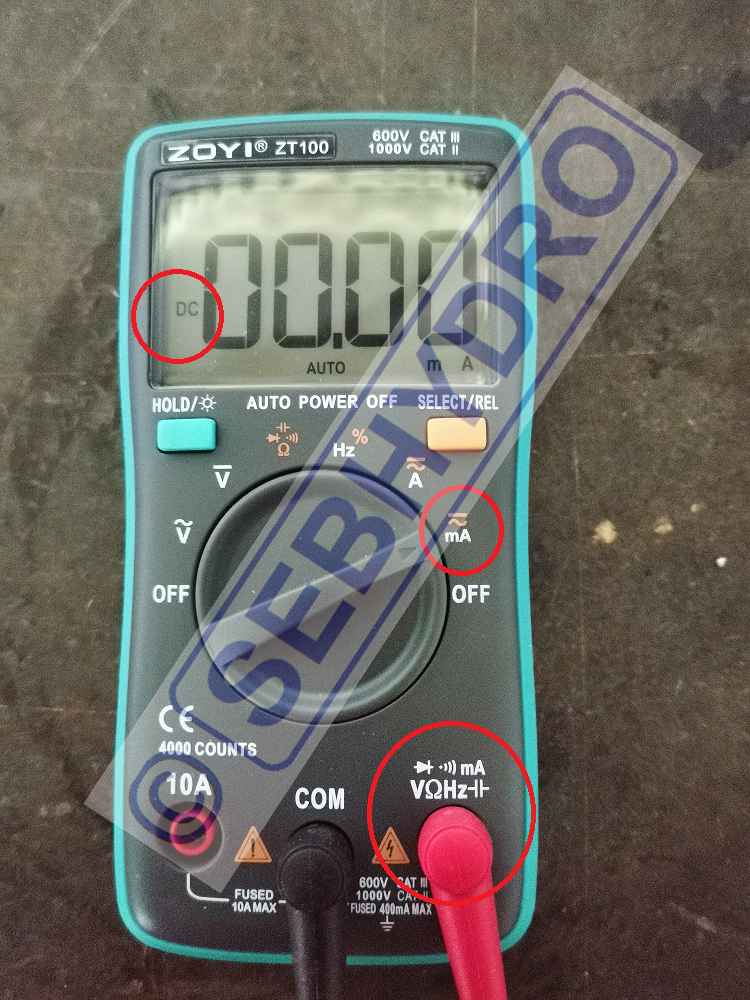 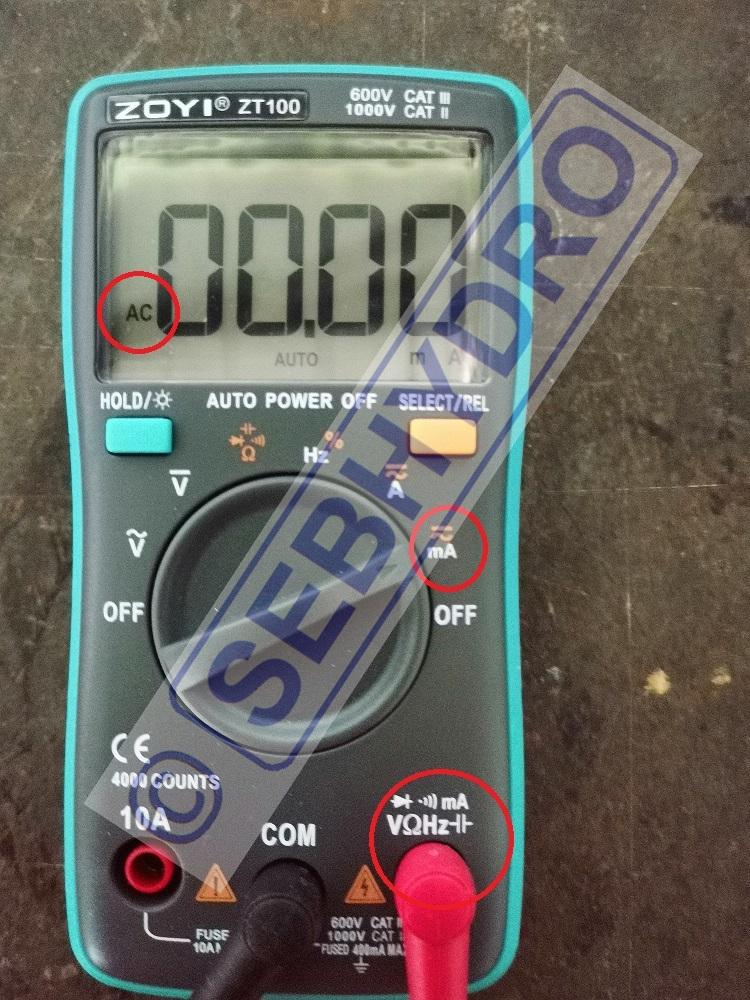 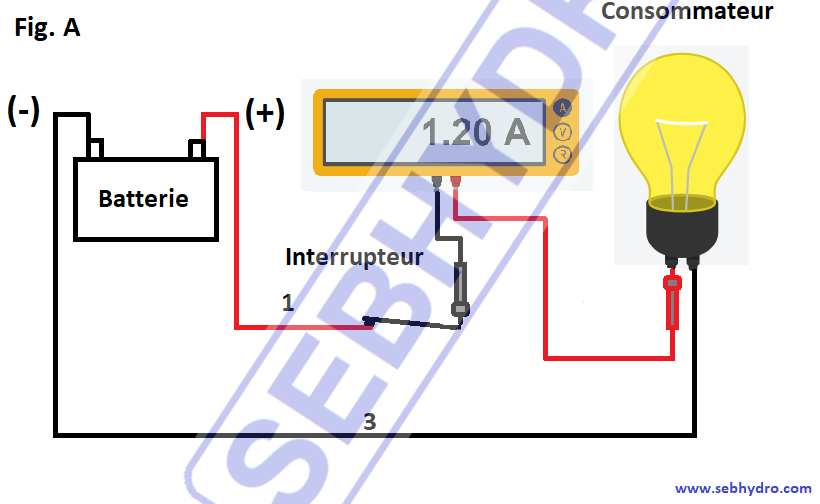 When the switch is closed, the bulb lights up, the value read on the ammeter corresponds to the current entering the “electron flow” consumer. 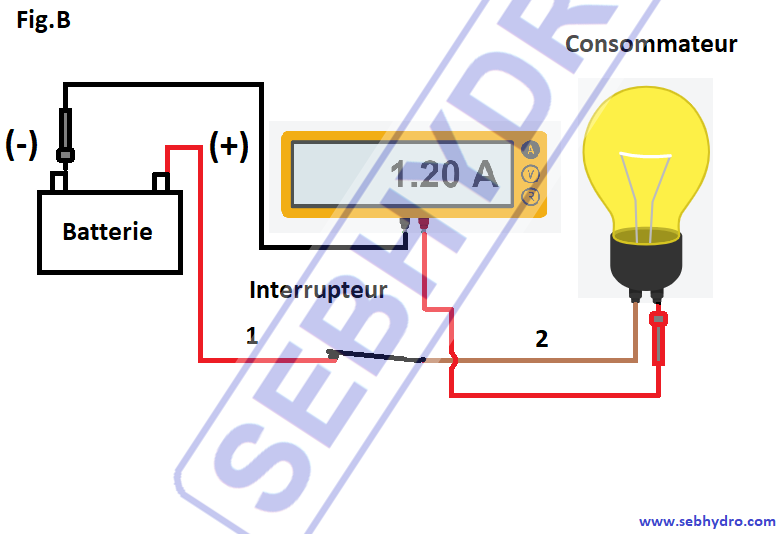 In Fig. In the same electrical circuit, the ammeter is moved to the consumer outlet. It can be seen that the intensity is the same at the input and at the output. 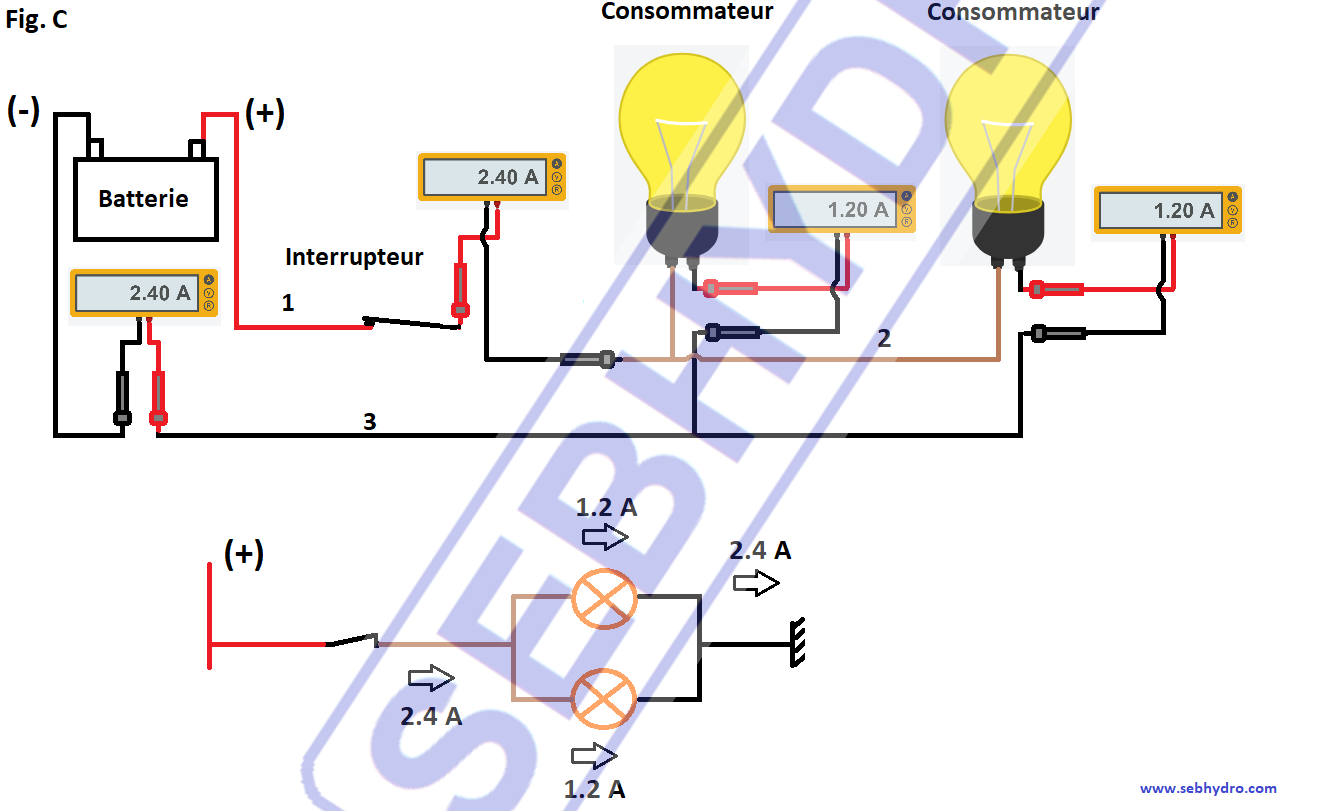 In Fig. C, 2 identical consumers are installed in parallel. The ammeter is positioned in 4 places of the electrical circuit.

When the switch is activated, we see that the input current (2.4 A) divides into 2 (1.2 A) because the consumers are identical. The output intensity is equal to that of the input.

If the consumers are different, the intensity divides unevenly (for example: 1 A & 1.4 A). But the output intensity remains equal to that of the input.

Be careful when using the multimeter as an ammeter, it is imperative to insert it in series on the electrical circuit. Any measurement taken in parallel can cause a short circuit. The ammeter behaves like a shunt, it is protected by a 400 mA or 10 A fuse depending on the rating and the multimeters used.

Immediately after using the multimeter as an ammeter, it is strongly recommended to reconfigure it as a voltmeter and to put the test pin back in the correct position in order to avoid forgetting and to risk a short circuit during the next measurement. .

Note : For measured currents greater than 10 A (eg: starting circuit), it is necessary to use an ammeter clamp. This clamp has the advantage of requiring no opening of the electrical circuit. (Photo below) 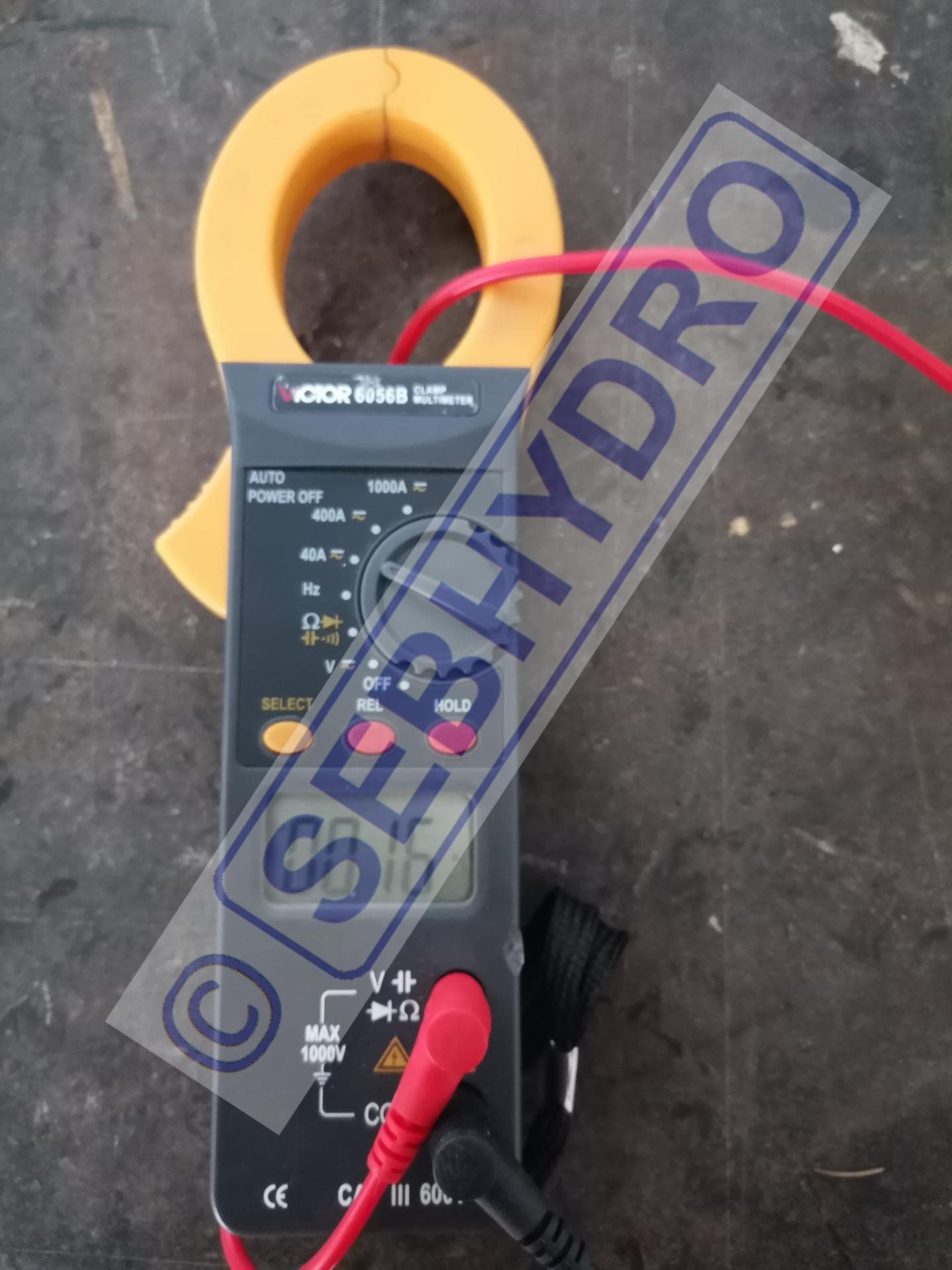 How to use an ammeter : Electrical training / Kirchhoff's current law

We move with a simulation bench.